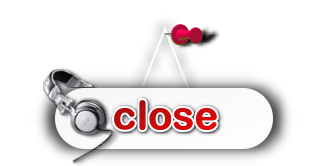 Sorry, our radio station is temporarily closed for maintenance

Below you can see the 10 songs heard on our station with the highest score.

Below you can see the 10 most requested songs from our listeners.

They say the young man is nice, but the old one is different. That's how I thought and a few years ago I succumbed to the charm of web radio, having in my luggage... read more →

Despina Pantelidou graduate psychologist and lyricist welcomes us to ellinikos fm frequency of the alternative program "AnTiStReS" with tips for a better life. Greek and foreign music through the precious moments of your soul ...... read more →

JOURNEY TO THE AEGEAN - with Yanni Maheras

Nafplio ... The first capital of Greece

AGENDA OF THE DAY

News from Greece Previous Next

• Attica, Thessaloniki hotels lost €350 mln
Revenue losses from the spring lockdown sustained by hotels in Attica and Thessaloniki are estimated at 350 million euros for the first half of the year, when almost all hotels shu
• Lamda issues 7-yr bond to fund Elliniko
Lamda Development is issuing a seven-year corporate bond on Wednesday to help finance its mega-project at Elliniko, with the interest expected to range between 3.4% and 3.8%.
• Funds notice Athens startups
More investments by foreign funds are expected within the coming months for Greek technology startups, with General Catalyst, a fund managing a total of $7.5 billion, telling Kathi
• ATHEX: Benchmark slides to an 8-week low
The mix of geopolitical, public health and financial concerns has prevented the Greek stock market from stopping its slide for one more day, the eighth in a row, with its benchmark
• Motorists and pedestrians adjusting to Grand Walk, study finds
Four weeks after the introduction of the initial set of restrictions as part of Athens City Hall’s Grand Walk – an extensive network of pedestrianized streets and bicyc
• Masks, local lockdowns loom as Covid infections rise
Intensifying localized lockdowns and making masks compulsory in all indoor public spaces are among the measures being mulled by the government as coronavirus infections continue to
• Cagaptay: Erdogan seeking to appeal to base with Hagia Sophia conversion
Soner Cagaptay is an American political scientist of Turkish descent and the author of several books on modern Turkey and its strongman President Recep Tayyip Erdogan, most recentl
• Erdogan, Trump and Hagia Sophia
Turkish President Recep Tayyip Erdogan is not a man who listens to others. He does what he thinks is right, either because that is what his heart and mind dictate, or because it se
• Erdogan, Trump agree to work more closely in Libya to ensure stability, Turkish presidency says
Turkish President Tayyip Erdogan and US President Donald Trump agreed in a phone call to work more closely in Libya to ensure lasting stability in the country, the Turkish presiden
• Measures and contradictions
The committee of experts advising the government on the management of the coronavirus pandemic has repeatedly proven its efficacy. Taking this as a given, its recommendation to ban
• Probe launched into two Athens worksite deaths
Two construction site workers died on Tuesday after falling down the elevator shaft of a building in Palaio Faliro, south of Athens.
• Overhaul of EYP includes shift to Defense Ministry
The government is planning an overhaul of the country’s National Intelligence Service (EYP) foreseeing, among other things, the controversial transfer of one of its key depar
• Greece held undisclosed trilateral meeting with Germany, Turkey, sources confirm
Greece took part in an undisclosed trilateral meeting with Germany and Turkey held before the EU Foreign Affairs Council on Monday in the wake of Turkey’s controversial decis
• 58 more coronavirus cases; no new deaths
Greek authorities announced 58 new cases of coronavirus and no fatalities in the past 24 hours Tuesday.
• Ministry rejects claims man’s death linked to police violence
The Citizens’ Protection Ministry on Tuesday dismissed reports that the death of a 26-year-old man in Volos in central Greece may have been related to alleged injuries inflic
• New deadline eyed for tax declarations
The Finance Ministry is contemplating a further extension of the deadline for the submission of income tax declarations by 10 to 15 days, as more than 2.3 million statements have n
• Nonagenarian Greek sailor nominated for Guinness World Records
A 91-year-old Greek mariner is running for a place in the Guinness World Records as the oldest amateur competition sailor, after his team submitted his nomination for the renowned
• Rules planned for telework
The Labor Ministry is setting up a new framework for teleworking, an option that was widely applied during the spring lockdown to keep many companies from going under.
• Turkey says it rejects EU condemnation over Hagia Sophia
Turkey’s foreign minister on Tuesday chided the European Union over its condemnation of a Turkish decision to convert Istanbul’s iconic Hagia Sophia from a museum to a
• Greece says Turkey is being ‘petty’ over Hagia Sophia
Greece on Tuesday described Turkey’s decision to convert the Hagia Sophia in Istanbul to a mosque as “unnecessary and petty” and called for tougher European Union

News arround the World Previous Next